DrupalCamp Atlanta has come and gone but the friendships, learning and (for some) possibly hangovers will last. This year’s DrupalCamp Atlanta featured over 300 attendees in the beautiful Cobb Galleria Centre. With everything that happened over the weekend let’s take a quick look back at the weekend in photos. In no particular order here are 10 photos documenting DrupalCamp Atlanta. (Photos by Kevin Basarab unless otherwise noted) 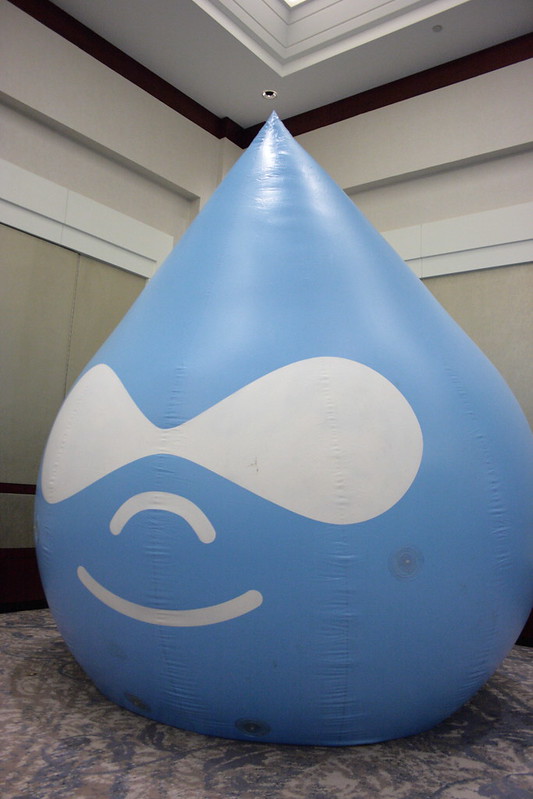 The famous Druplicon from DrupalCon’s around the world made its way to Atlanta this year. Besides having the Druplicon, the Atlanta attendees were also greeted to a special appearance by Dries himself. Before you get too excited though, Dries wasn’t actually there but did record a message specifically for Atlanta attendees. 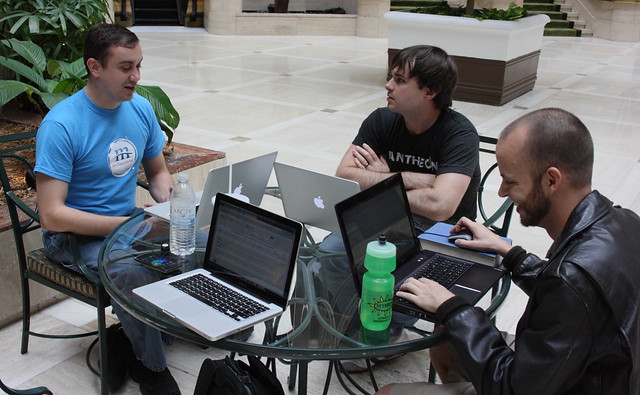 Within many Drupal events, coders get together through the venue for random coding sessions. Anyone entering the Waverly hotel lobby saw these groups at virtually anytime of the day seen by their computer's glowing Apple’s or Tuxedo clad penguins. 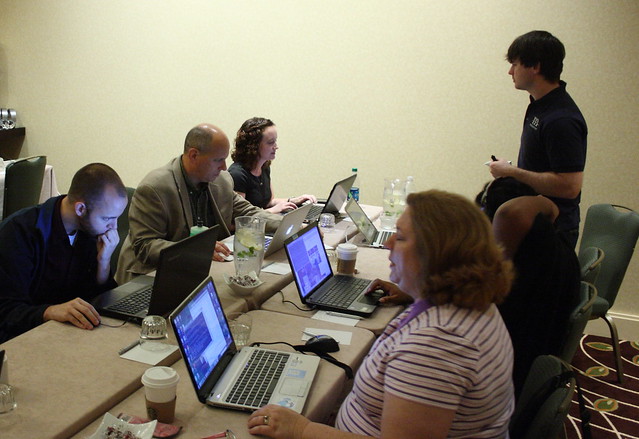 What has become a staple of DrupalCon’s the past few years made its appearance in Atlanta for 2012. This year featured two official code sprints on Friday before the conference. The Aaron Winburn Media sprint raised funds for Aaron Winburn and created many patches for the media project.

In addition, Albert Volkman and I led a core mentoring sprint based on the work of xjm and tim.plunkett. We introduced Drupal core contributing to Drupalers that had never contributed before. Each new contributor made a contribution during this session, whether it be a patch, reroll or issue summary.

Being a newer Mediacurrent team member one of my favorite parts of DrupalCamp Atlanta was meeting everyone else in person. After many late nights and Skype calls/chats with these amazing coworkers it was great actually hanging out, chatting and drinking something other than virtual Skype (beer)s. This year the team played Whirlyball which I can only relate to a mix of bumper cars and maybe jai alai.  (Photo by Doug Kinnison) 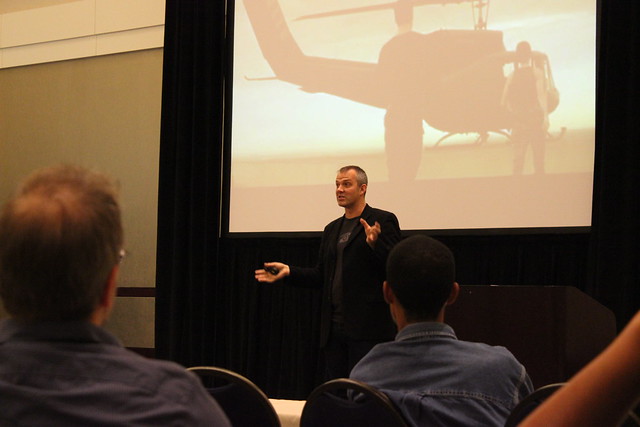 Josh Clark’s “Where no geek has gone before” was an amazing speech documenting where the web industry is now in terms of mobile devices and what to look for in the future. My favorite quote was that “Sometimes the best touch interface is no touch interface at all.” Josh showed some amazing new interfaces that did not include touch including more “dumb devices” that perform one specific job and relay that information to a “smart device.” When this session is posted online I highly recommend checking it out even if you are interested in Drupal. Anybody with interest in the technology/mobile world would find this keynote excellent. (Photo by Dustin Cooper)

At the core of any DrupalCamp is the sessions. With four tracks and 30 sessions plenty of choice was found in sessions. From the sessions I attended and the #DcATL hashtag on Twitter there were no bad sessions. 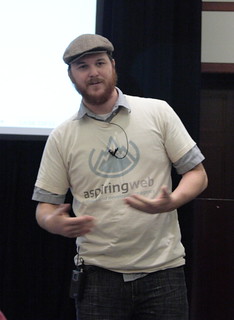 Out of all those sessions my favorite was Matthew Connerton’s session on Drupal and AJAX. I missed this session in Asheville and was told I missed one of the best sessions. I wasn't disappointed seeing it in Atlanta. Connerton certainly "made the sexy happen" with Drupal and the AJAX framework and I wish I had seen it two weeks ago prior to making a modal form for a node edit page.

With over 300 attendees this was the biggest DrupalCamp Atlanta so far and also the first year for a group photo. (Photo by Doug Kinnison) 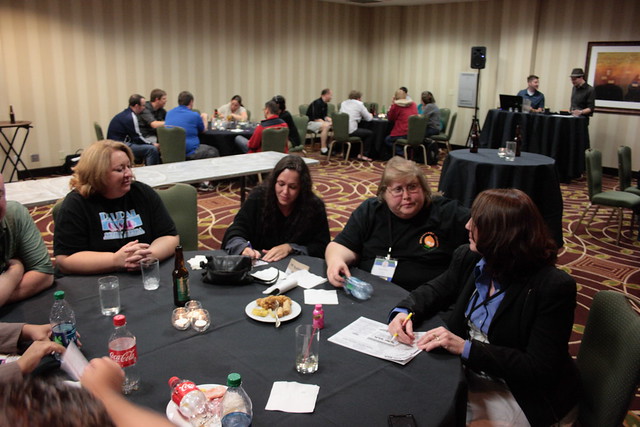 The official after conference event was team trivia and the theme featured questions more for the Drupal crowds then your normal team trivia. Questions such as: “In what year did Dries create Drupal?” and “Who invented Javascript?” were mainstays. 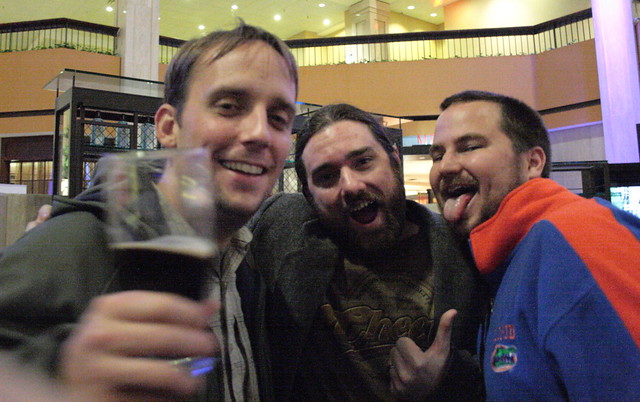 Some of the best friendships and work is made during the unoffical after party. This year was no exception. One of the great benefits of this year’s event was having the conference inside the hotel letting many Drupalers continue discussions after the event and not all returning to various hotels around the area.