It’s a known fact that businesses that ignore website accessibility do so to their own detriment. Not only do they risk facing legal action, but they also lose customers who may be seeking accessible experiences.

In this blog post, we will go into detail about the business case for accessibility and the way that businesses have been impacted when they have neglected to create accessible experiences for all users.

Why Does Digital Accessibility Matter?

Creating accessible experiences on the web helps people with disabilities, to be sure, but also people who may be experiencing situations that require them to use devices differently.

Experiences such as screen glare, having a slow internet connection, or being in a noisy environment may prompt them to need sites with good color contrast, fast performance regardless of connectivity speed, or captions on videos.

Not only does digital accessibility matter for people with disabilities and those with situational limitations, but accessibility is critical from a business standpoint because it:

If you fail to create an accessible experience on your website, you miss out on potential customers without even realizing it. Individuals with disabilities comprise approximately 10 percent of all online spending, and when encountering an inaccessible website, the majority of those users do not submit a complaint; they move on to a competing site that caters to their needs.

The Legal Impact of Web Accessibility

In addition to the consumer desire for accessibility, most organizations are aware that failing to create accessible experiences can land them in court.

Web accessibility federal lawsuits increased 8.8% year over year from 2018 to 2019, and are likely to continue to increase as users discover the limitations of sites that have not been built with accessibility in mind.

Below are some detailed examples broken down by industry showing some of the outcomes of failing to create accessible experiences on the web and the consequences that followed for these organizations.

Universities and colleges are often held to high standards for website accessibility because their students come from a wide variety of backgrounds. Other than lawsuits, the Department of Education may also prompt an institution to review their accessibility if they deem it necessary for them to make additional changes to be in compliance with the Web Content Accessibility Guidelines (WCAG).

Take a look at how specific institutions in the higher education space managed accessibility complaints.

Litigation against Harvard University began in 2015 when a class action lawsuit was filed by the National Association of the Deaf (NAD). The lawsuit claimed the university either did not caption its video content correctly or did not provide captions at all.

in November 2019, the case was finally settled as the university created “new guidelines to make the university’s website and online resources accessible for those who are deaf or hard of hearing,” according to an article on the Forbes website about the case. The university had created a new digital accessibility policy in May of that year, fulfilling the requirements that the NAD was seeking for creating more inclusive experiences.

Some accessibility lawsuits in the higher ed space continue on despite litigation beginning long ago. Students at the University of Buffalo (UB) have been championing for physical accessibility for some time with some success, but the website experience still does not meet requirements for accessibility.

A 2019 article on The Spectrum, a student run newspaper at UB, claims that another university’s newspaper reporters found “UB and other SUNY schools in violation of Section 504 and Title II of the Americans with Disabilities Act (ADA) for inequality of web access to people with disabilities.”

Following this revelation, UB submitted and adopted a Web Accessibility Policy “to ensure all modifications would be compliant with Section 504 and ADA.” However, physical accommodations remain a hot topic and a point of contention within the university community.

Cornell University, Ithaca College, and other universities in the state of New York faced legal scrutiny through accessibility lawsuits due to a user who is blind, Jason Camacho, who attended a college fair and began attempting to use college websites from schools that attended. He brought the suits forward that allege that the sites were not accessible or “independently usable by people who are blind or visually impaired,” according to an Ithaca Journal article about the accessibility lawsuits. Some listed schools, such as Ithaca College, had begun to address accessibility before the suits were filed.

Liza Frazier used a screen reader, as she was legally blind, and along with the law firm Carlson Lynch filed a suit in 2017 stating that several hospitals in the HCA Holdings, Inc. system were not accessible for assistive technology, according to an article from the Bureau of Internet Accessibility on the case.

The site was not navigable by keyword and did not have text alternatives for visual content, which is standard practice for accessible web experiences. The case is still pending in court as of the time of this blog post publication.

Rather than a potential or current patient bringing a suit forward like in some cases, the suit brought against Beacon Health Options started when Amy Ruell, a blind licensed independent clinical social worker employed by the organization, was unable to carry out critical tasks independently such as accessing patient records or completing training.

Although she gave the organization ideas to include accessible options, it took them several years to include some of them, and some were not included at all, the suit filed in 2019 by the National Federation of the Blind alleges.

Although likely not the first industry one might think of when it comes to accessibility, entertainment websites and the organizations behind them must think more about making accessible experiences or face consequences like the examples below.

Founded in 2008 by entertainer Beyoncé, Parkwood Entertainment provides video production, motion pictures, and television specials relevant to the star’s brand. However, Parkwood Entertainment faced scrutiny from a lawsuit filed in January 2019 alleging that the site at beyonce.com was not accessible for people with low vision or who are blind.

For instance, according to an article from The Guardian website, images failed to have alternative text which would inform users about the context of the images if they are unable to see them. The suit also alleged that the site was not navigable using the keyboard and some areas, such as dropdowns, were completely inaccessible when using that type of assistive technology. The suit is still in litigation at the time of this post’s publication.

In 2012, the National Association of the Deaf filed a lawsuit against the streaming service Netflix for failing to provide closed captioning. The organization alleged this violated Title III of the ADA.

A settlement was reached in the amount of $755,000 in attorney fees and costs, as well as an agreement that Netflix include closed captions in 100% of its content within two years of the settlement date. Read the full Netflix accessibility lawsuit consent decree here.

What We Can Learn About Accessibility’s Impact on Business

Digital accessibility concerns have far-reaching, real-world consequences, and it would serve organizations well to be proactive rather than reactive when it comes to how their website is used by people with disabilities. Higher education, healthcare, and entertainment are just a few examples of industries that have been recently targeted for accessibility lawsuits. Fortunately, there are ways to take caution from these examples.

Partnering with an accessibility-focused agency to build a fully compliant website, create an accessibility statement, and provide ongoing support through audits and testing can protect your business.

Want to learn more about accessibility and how you, even and especially as a non-developer, can make a difference in your organization? Download our new ebook and apply its concepts to your own site! 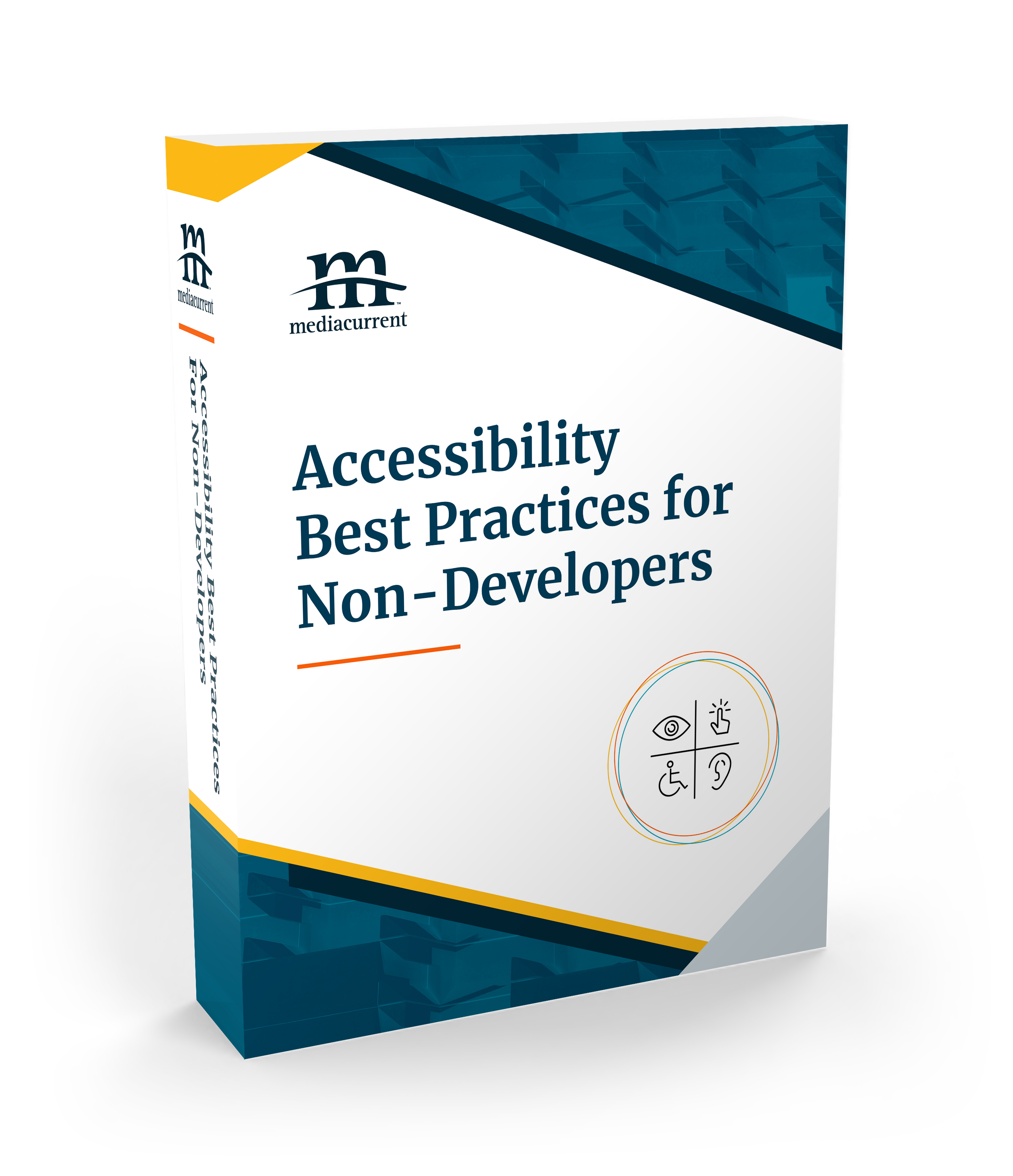