How to Fix DrupalVM - Failed to Create the Host-Only Adapter

TL;DR Update to the latest VirtualBox which may require updating Security and Privacy preference to allow Oracle.

I was recently prompted to update my MAC OS. As with all updates, there is a likelihood that you can be pushed down a rabbit hole of troubleshooting to get your system back to a normal state. I recently went through one of these experiences and wanted to report back.

After updating MAC OS to the most recent version, 10.13.5, I proceeded to run my DrupalVm for one of our projects. This gave the following error:

At this point, I could already feel myself weightless, falling down the rabbit hole. I went ahead and tried my normal troubleshooting steps like “vagrant reload” but this error was not a simple run time issue and required querying our favorite debug tool, Google.

I came to a stack overflow post which laid out two options:

I attempted the restart but only found more errors:

The only thing left to do was to update to the latest VirtualBox. Upon opening VirtualBox, it will prompt you to download any updates but if you have disabled these notifications or just skipped them, you can go to VirtualBox → Check for Updates. Once I downloaded the .dmg, I worked my way through the wizard to see that the update failed, VirtualBox couldn’t update due to a VM was still running.

At this point, I had to take a breath, for a while now I had been taken on some technical debt with my Vagrant/VirtualBox setup. I have had what I believed to be an orphaned vagrant image that was not visible in the VirtualBox GUI. I now feared that this technical debt was blocking me from running an update and getting my local setup, so I could continue development.

I was over the moon, when after a short time of Googling I found a similar issue on GitHub,

... the status is a cache. You probably need to run vagrant global-status --prune

However, if the status was cached, then that meant that I wasn’t being blocked from updating because of it and my assumption was incorrect. This is when I determined that the VirtualBox upgrade was actually being blocked by High Sierria. It was this S.O post, that connected the dots for me and can be summarized in the following steps: 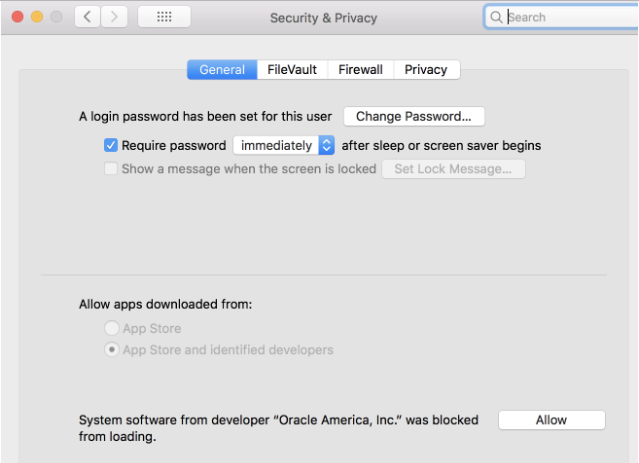 With these steps, you should be up and running in no time. I was able to troubleshoot this issue because others shared their experiences via Stack Overflow. I hope this article helps you just as much!